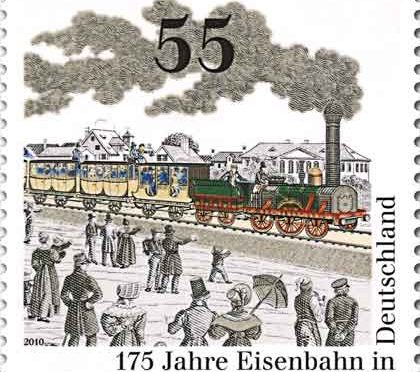 After having spent a week in Lübeck, Augusta and her mother leave for Berlin. The weather is rather miserable but they enjoy passing the “enchanting” little town of Ratzeburg. After Ratzeburg, the landscape is flat and infertile, but the scenery is not important to Augusta – she is excited about getting to Schwarzenbek where the railroad starts.

There were no railroads in Sweden in 1847 (the first local railroads opened in 1856 – after Augusta’s life time – and the railroad from Stockholm to Göteborg didn’t open until 1862).

I can almost envision Augusta and her mother when they finally are about to board the train – the novel and controversial mode of transportation. Augusta is waiting to step up into the train compartment, following her mother. Her mother’s wide dress fills the entire entrance to the compartment. When it is Augusta’s turn to step up, she gathers her skirt with her left hand. In her right hand, she is carrying a fashionable little reticule, a rolled-up travel blanket, and a parasol. The rest of the luggage has been left with the porters.

Now she will get to see the interior of a train car; this is what she has been looking forward to – and to experience the dizzying speed of a train ride. She is almost overwhelmed by what she sees and wonders how she will describe this luxury to her friends back home. She will not have a chance to write it down in her small diary until they have arrived at Hotel de Rome in Berlin and she has a desk to write on.

”Quite curious whether the journey in the so highly praised steam cars would please me, I waited with the utmost impatience for the train, which soon arrived. The first entrance in the wagon pleased me immensely. One was by Monsieur le Conducteur locked in a small delightful cabinet, with a ceiling lamp and four stuffed sofas, two and two against each other. The train started and I felt like I was flying through the air. In the distance, however, one could see the objects one passed, but as the whole of the Prussian countryside was ugly, I did not pay any attention to the scenery but instead conversed with my neighbors who, with the usual German talkativeness, informed us of everything we wanted to know for our stay in Berlin.”

Maybe the compartment looked like the one in Abraham Soloman’s 1854 controversial painting of flirtation in a first-class cabin while the girl’s father is asleep.

Soloman then re-painted the scene according to Victorian morals – now with the young man talking to the father.

Or maybe the compartment looked like the one in August Leopold Egg’s 1862 famous painting: The Travelling Companions.

Now Kerstin and I are planning our travels by train through Germany. Hopefully the compartments will be just as cozy and the trains alot faster. 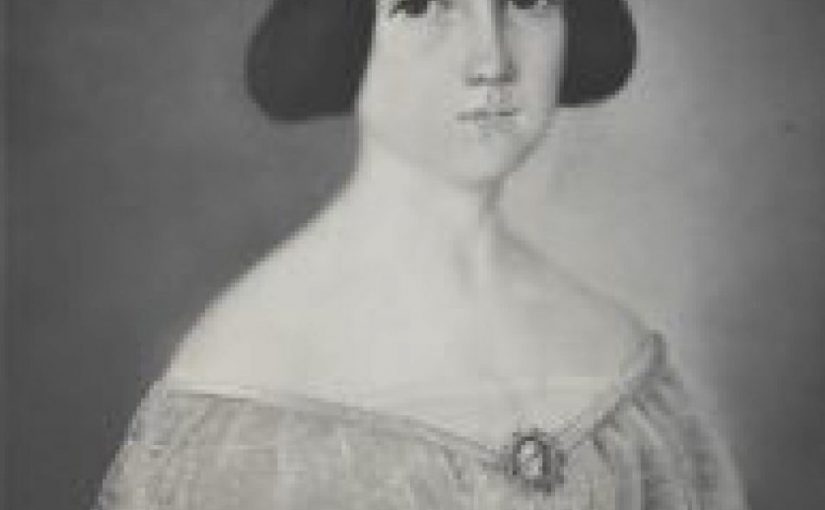 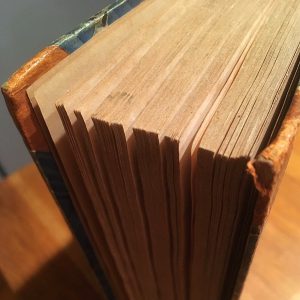 It started with a diary.

When I was 14, my dad gave me a moleskin notebook and suggested I should start keeping a diary. I was flattered and at the same time curious. Why did he think I should chronicle my mundane teenage life? Years later, I found out that both his mother and her grandmother kept diaries.

My great-great-grandmother (my father’s mother’s mother’s mother) was Augusta Söderholm. She was born in Sweden in 1827 and died from tuberculosis at the age of 28. Her diary starts in 1847 with a trip to Germany and her impressions of travelling by the new mode of transportation – the steam-engine train.

Could one retrace her trip to Germany? What about her travels from her country estate to Stockholm, where the diary chronicles societal balls and descriptions of hopeful suitors?

My sister Kerstin got equally excited about the possibility of following Augusta’s footsteps.

And so our own journey started – a journey to understand the life of a young, wealthy, Swedish girl in the mid-1800s.  You can read about our journey here and on Kerstin’s blog in Swedish. We hope you will embark on this journey with us.