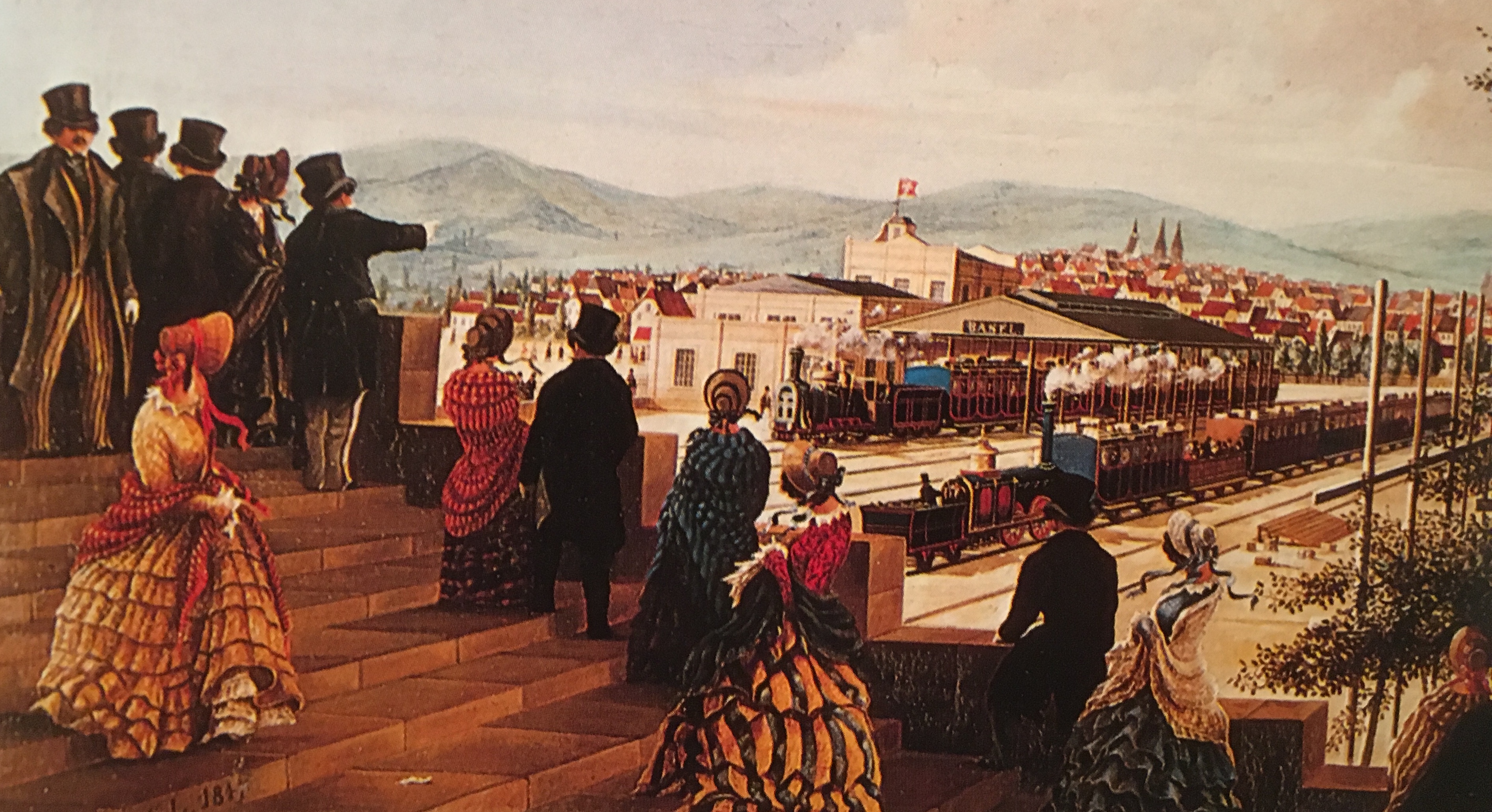 Before our travel through Europe, I ordered a new passport as the one I had would expire within 6 months’ time. But once inside EU, would I actually need a passport on our journey? Would one need to show any photo ID on any train or ferry?

We started our journey in Stockholm and no ID was needed. Then we took the ferry from Trelleborg (Sweden) to Travemünde (Germany) – no passport or ID was requested to pass this border. Now we were in Germany and travelling by train, and no ID was ever requested – just valid train tickets which Kerstin had on her iPhone. Augusta had spent some time with customs in Prague, but we, on our train from Bad Schandau (Germany) to Prague (Czech Republic), only had to show the electronic tickets and got reprimanded that our suitcases were in the way.

The German-Austrian border control in 1847

Augusta’s description of the border control between the German Confederation and the Austrian Empire is similar to that of another Swedish woman, Sophie von Knorring, who a year earlier had made the same trip. Sophie’s husband was a baron and, according to her letters home, she took advantage of her noble name when crossing the border.

”Finally, at half past 7 in the evening, we arrived in Prague where our first entrance was unpleasant. For half an hour we had to wait in the square for the passport control, and to our chagrin, being scolded.”   …   ”Eventually, a police or whatever they are called, open the door to our carriage and demanded that we step down and go into the customs office to have our luggage inspected. This didn’t take long. It was clever of us to have labelled all our belongings with Baron v. K or our coat of arms, because it protected us from the unpleasant inspections and immediately showed that we were not merchants. So far, no one has opened our trunks or night bags, and we have not given anyone any bribes. They simply say: Yes, Your Lordship certainly has nothing besides what is needed. Then, with a polite nod, they continue with the next travelers and tear up all their Gepäck.”

Traveling from Germany to Sweden via Denmark in 2017

Our return trip by train from Prague to Hamburg was also uneventful – only the one-time scanning of our tickets.

From Hamburg, we had first-class tickets all the way to Stockholm. Kerstin and I found our reserved seats and made our selves comfortable. We still had a few minutes before the train would leave when a couple approached us. The woman scrutinized our attire – our wide, long skirts and our shawls – and in a rude way demanded that we leave, as she and her companion had tickets for the same seats. So far on our trip, we had only met friendly people so we were both taken back by her hostility. We explained that we had indeed tickets to the seats where we were sitting, and questioning what tickets she had. She was adamant that we were sitting in the wrong car. Now another couple got involved and started to compare tickets as well. In the end, she was convinced that she in fact was in the wrong car. We had first-class tickets and she did not. Did we not fit the norm of first-class ticket holders? She was not very apologetic when she left the car.

We were very few people in the first-class compartment. Behind us were three young men in their late 20s. They didn’t look like business travelers, nor like guys going on vacation, and for guys travelling together, they didn’t speak much. One was sleeping with his head on the table in front of him and the other two were shifting seats. Why are we, in this day and age, easily suspicious when others don’t behave according to some norms? Did they behave differently? Not really. Maybe we are just worried about young men in a group?

We had not traveled too far when suddenly the door behind us opened and three other men entered. Everyone in the train car looked up. The first man had a short sleeve, untucked cotton shirt – a shirt suitable for a beach vacation – unusual clothing for travelling in October. He was probably in his early 50s, with thinning hair and glasses. He reminded me of actor Paul Giammati in the movie Sideways. Behind him were two younger, muscular men in black jackets and jeans. They did not smile. Now, why was I getting nervous about them? Yong men in a group, not fitting some norm of travelers?

The three men who had just entered the car surrounded the first three men and started asking questions: Where were they coming from and where were they going? Which luggage belonged to them? I didn’t hear the answers, but the new men had decided that the first men were OK.

Then the short-sleeve man came over to us. He flipped an ID badge like some serious cop in an American movie and said something in German. Was the ID badge real? Or did it say, – I am just an actor? I decided not to joke.

Where are you coming from? he asked.

Kerstin and I looked at each other – dressed in our 1840s outfits, we really did not fit any norms. We were coming from 1847 and visiting 2017. But to others, we could have belonged to some religious sect, or be refugees from a rural area where women our age would also wear wide, full-length skirts and bonnets.

Kerstin answered politely that we had traveled around Germany, and showed them all our luggage.

Everyone in the car had passed the test.

So far, we had not showed any photo ID going through any border or boarding any train or ferry. That was about to change. We were entering Denmark from Germany.

The train pulled onto the ferry between Puttgarden (Germany) and Rødby (Denmark) for a short, but stormy crossing. All passengers had to leave the train and take the steps up to the ferry restaurant. After a quick beer it was time to return to the train.

Before the first stop in Denmark, we had a visit from the Danish passport control. The first ID check on our whole trip! A Swedish man pulled out his driver’s license and was reprimanded that it was not considered a valid travel document, but they let him pass anyway.

In Copenhagen, we changed to a Swedish train and were told to have our passports ready before the first stop in Sweden. Now the Swedish police came on board – two young friendly officers, who were dressed in uniform and didn’t flash any ID badges. They wanted to see our passports but were also interested in our destinations. The three men behind us showed the officer their passports and told her that they were heading to Norway via Stockholm. Have a nice journey, said the nice-looking police woman.

My new passport had only been requested on arrival in Denmark, and in Sweden when arriving from Denmark. The reason for border police and customs inspections have certainly changed and will continue to change. And some day, the passport – a little ID booklet where border police can stamp your arrival and departure – will seem like a very inefficient way of keeping track of travelers. 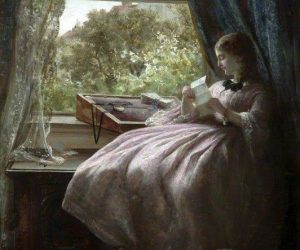 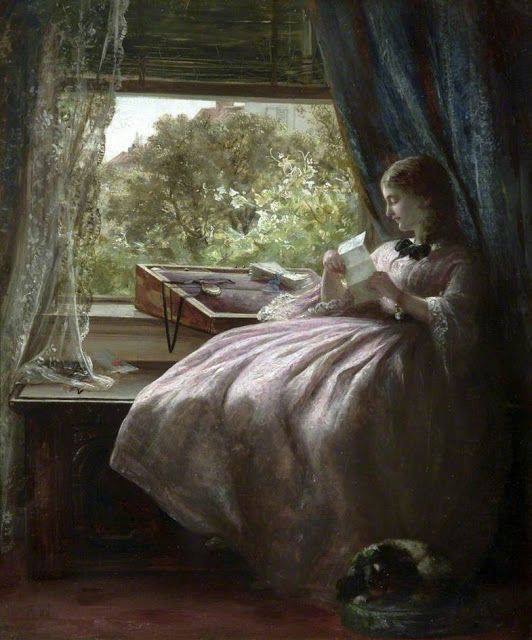 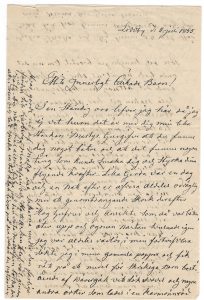 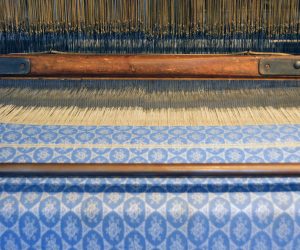 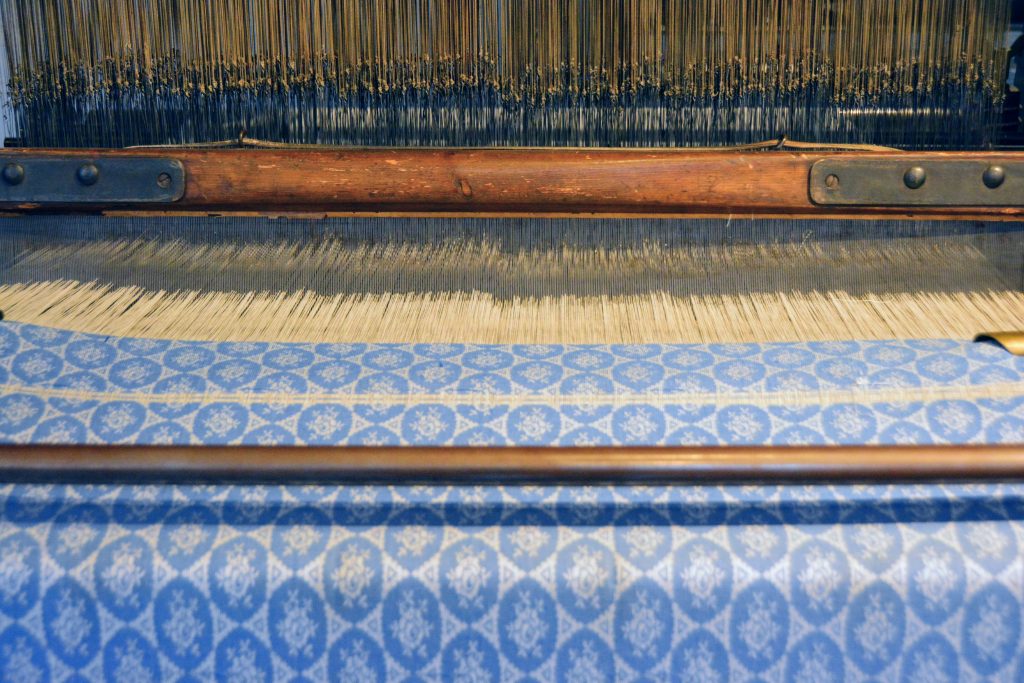 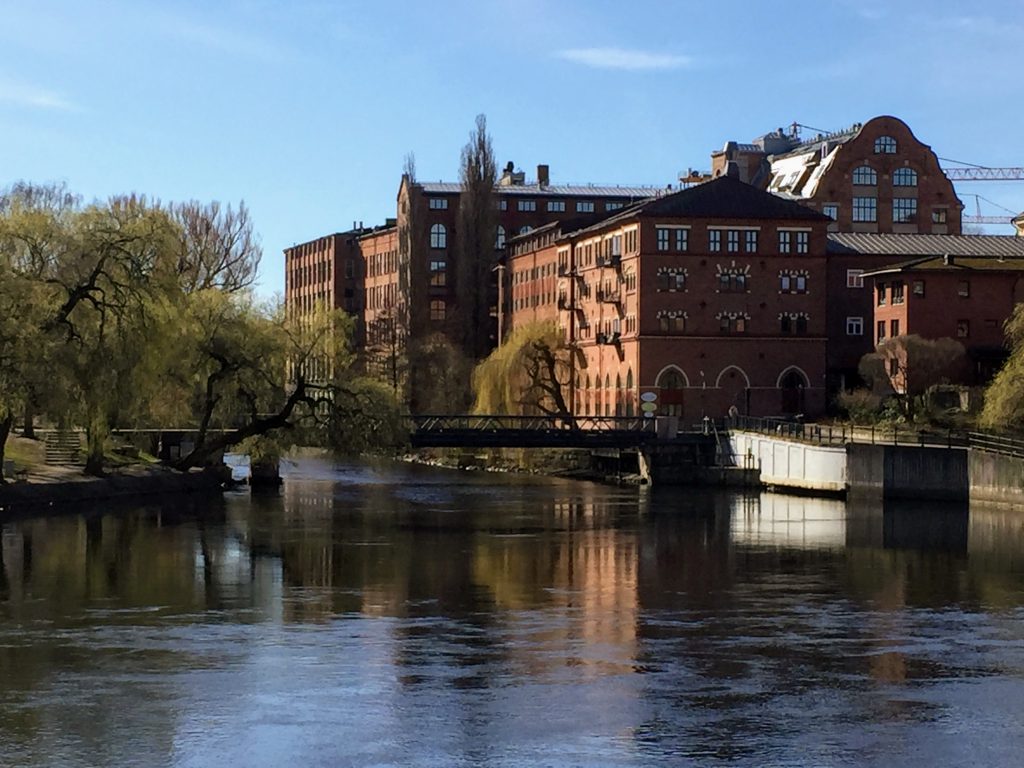 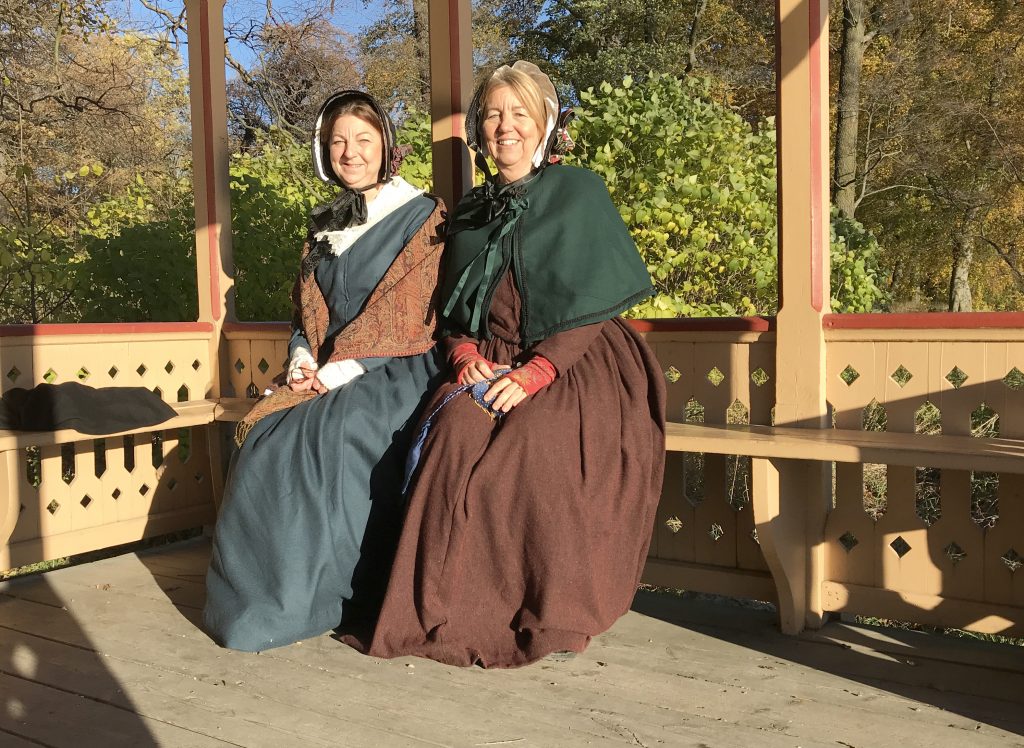 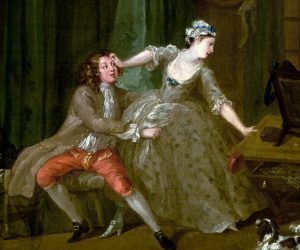 On October 16 this year, my Facebook feed started to fill up with #MeToo – friends acknowledging that they had at some time been sexually harassed or assaulted. A simple hashtag and suddenly the whole world was talking about how men mistreat women. It made me think of Augusta and her time period. I can’t imagine that she and her friends, who all belonged to […]

On October 16 this year, my Facebook feed started to fill up with #MeToo – friends acknowledging that they had at some time been sexually harassed or assaulted. A simple hashtag and suddenly the whole world was talking about how men mistreat women.

It made me think of Augusta and her time period. I can’t imagine that she and her friends, who all belonged to a privileged class, would have been harassed. The men in her social sphere were chivalrous and a few made their feelings known by proposing marriage. The closest to harassment that she experienced was not physical in nature: some men let her know that they were displeased with her voicing her opinion.

But of course sexual harassment and assault existed, just as today, where men had power over women – for example, being the employer. And often, if the harassment became known, the woman was blamed.

I just thought of the maid at Loddby. Was she really as evil as Augusta had described? And who was she?

I had to drop what I was doing in order to find out who this girl was. But first some background from the diary. Why did I think of her?

”May God forgive both August and the malicious, hateful Eva all the unhappy moments they give us. He is a weak, of alcohol destroyed creature and, therefore, he follows the directions of a bad, vindictive maid’s gossip when his senses are obscured.”

”Eva, the wretched creature, Loddby’s evil spirit, is finally gone. God be forever praised! And I hope that it now will be a little calmer at home. She was, at the last moment, as mean and rude and deserved a good flogging if anyone had wanted to dirty their hands. She now moves to Mrs Rosendahl and will surely become a common street girl.

The new cook has arrived and looks fairly plain, but I have a panicky fear that there will be new courting, new scenes, new sorrows and more of that nature, which will never end until our Lord delivers us from the source of all evil, and that will likely not happen soon. Thus, patience, life’s most useful characteristic, don’t leave me as you have done so far.”

August is Augusta’s older brother. He does not work, has tuberculosis, and drinks. Eva, the maid, is described as someone with power over August and someone with bad morals (… will surely become a common street girl). Isn’t it more likely that August, being privileged, had power over the house maid?

Anyway, who was she? Maids are just referred to by their first name. How would I find out who, besides the family, lived at Loddby at this time?

Sweden has had some very unique laws. One was the Swedish Church Law of 1686 which stipulated that the parish vicar was obliged to conduct household examinations, making sure the parishioners knew the Bible and Luther’s Small Catechism. The results, in addition to some other information regarding each household, was then recorded in a parish register. A consequence of this law was eradication of illiteracy as all children were taught to read in parish schools. A curious detail too, is the recording of smallpox vaccinations which were initiated in 1804. It became the vicar’s role to keep track of vaccinations.

The household examination register in Kvillinge Parish, to which Loddby belonged, would definitely have the records for all who lived at Loddby manor.

And it did! And it was available online.

I had found Eva!

In 1851, she was 33 years old and August was 34. Would she have used #MeToo about the drunk man who she had to serve on daily, or was she, as Augusta suggested, taking advantage of August. We will never know.

I guess my next task is to find out more about Eva’s life. There are more digitized records online …