St Jacob’s Church in the center of Stockholm is a landmark. Built in the 1600s, it has a beautiful red color and a green roof. Today it is famous for its music. I have walked by the church many times, too busy to take the time to sit down and listen to one of its free organ or choir concerts. But on a sunny day in the spring of 2019, I am following in Augusta’s footsteps which leads me to St Jacob’s Church. Almost to the day, 175 years earlier, on 12 May 1844, Augusta received her first communion in this church. She was one of the 166 teenagers (74 boys and 92 girls) who had gone through the bible studies and had passed their oral exam.

I sit in the pews trying to imagine what it would have been like to see all 16- or 17-year-olds and their families fill the church. In 1844, Abraham Zacharias Petterson was the pastor – a prominent preacher who was in high demand for memorial speeches and sermons. And the organist was Gustaf Mankell who later became a professor and member of the Royal Music Academy. But I don’t think he can top the organist playing today. His final organ piece is Bach’s Tocccata and Fugue in D Minor. It is mind-blowing.

For each parish in Sweden, there is a library of church records – births, baptisms, confirmations, etc. The best place to find Augusta’s friends in Stockholm is to look at the records of confirmations and first communions. Some parishes list them alphabetically but in St Jacob’s parish, Pastor Petterson has listed them first by gender and then by his perception of their importance – based on their family names and their fathers’ professions. Augusta is listed as number 10 out of the 92 girls. I decide to find out more about the first 20 girls on the list.

During the coming weeks, I will share what I have found. Today’s girl is #6 Sofia Antoinette Eugenia Björkman.

Sofia Antoinette Eugenia went by the name Eugénie. She was born on 8 January 1828 in Sala. Her parents were Axel Ulrik Björkman and Maria Antoinetta Norlin.

Axel Ulrik’s father, Bengt Magnus Björkman, was an industrialist and one of Stockholm’s wealthiest in the early 1800s. He owned several large estates around Stockholm: Nacka, Farsta, Görväln, Skälby, Jakobsberg, and Bromsten. Today, they are all names of Stockholm suburbs.

Eugénie had three younger sisters and two younger brothers. They lived in Stockholm at Regeringsgatan 36. That is where the iconic department store, NK, is located today. But wait, wasn’t there where Augusta’s other friend, AugustaHolmqvist lived? After searching in several different archives, I realize that Björkmans owned the house while the family Holmqvist rented a large apartment in the house. And their next-door neighbors? It was the Salomon family who Augusta also was acquainted with.

So while they were living in Stockholm, they also lived at Görväln at times, maybe during the warmer months. The beautiful manor house with its view of Lake Mälaren must have been a lovely place to spend the summers. One of Eugénie’s siblings, Axel Fredrik, was actually born at Görväln on the 13 October 1833. He inherited the manor house when his father died in 1855 and raised his family there.

Eugénie married Ludvig Teodor Almqvist in 1851. He was a politician, a member of the Supreme Court, and a Minister of Justice. Eugénie and Ludvig had one daughter and four sons. Their daughter, Lina, was born 17 August 1852 at Görväln. She would later marry Erik Gustaf Boström who was the Swedish Prime Minister between 1891 and 1900 and then again between 1902 and 1905.

In 1856, Ludvig Teodor bought Algö, a farm on the island Selaön close to Strängnäs. This is where they lived even though Eugénie had in 1855 inherited a country house, Kallhäll, which she and her husband owned for 19 years.

So, when Eugénie was listed as Number 6 by Pastor Petterson, he knew that she was one of the wealthiest girls in Stockholm. Who were the top 5 girls, and why?

Read more about the family Björkman (in Swedish): http://runeberg.org/millionar/5/0151.html

Marie-Louise Forsell writes about Mamsell Eugénie Björkman in her diary. 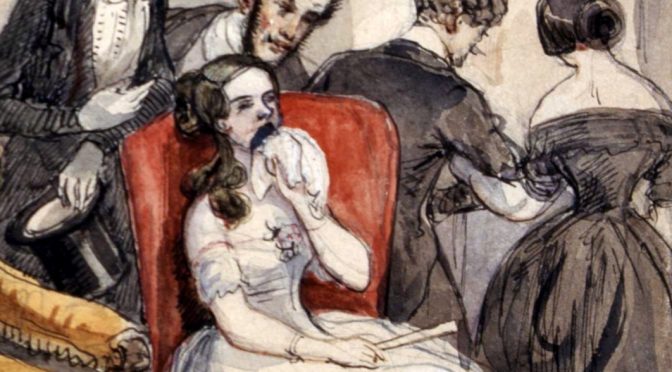 Augusta’s friend Lotten didn’t cry over spilled milk. She just laughed as she spilled milk over her white dress. It turned out to be the most enjoyable evening.

Thank you, my dear friend, for your long-awaited letter…

Do you know the most enjoyable day I have had this winter? It was last Monday at my aunt’s. She had a reception and August Blanche and Jolin were invited. Do you know, Jolin is the funniest person you can imagine. He performed several scenes for us and we all laughed from the bottom of our hearts.

Blanche is also the nicest person imaginable. He stood by the buffet table and talked to me so beautifully about youth and the joy in life that I didn’t realize that I was turning my glass with milk upside down and that the milk was running down my white dress!

Soon my other aunt will also have a reception and she will invite them as well. So I will have another fun day.” (Lotten’s letter to Augusta, Stockholm, 9 February 1847)

August Blanche and Johan Jolin were popular guests at literary salons and receptions like the ones Lotten’s aunts were having. Both were affiliated with the theatre.

Johan Christoffer Jolin was 9 years older than Lotten. He had studied in Uppsala and was a poet. In 1846 he joined the Royal Theatre in Stockholm and became a very popular actor. He also wrote many of the plays he acted in.

August Blanche was a little older, born in 1811. In 1847, when Lotten met him, he was a prolific play writer, journalist, and editor.

A duel that didn’t happen

I was so surprised that Lotten thought that August Blanche was the ”nicest person imaginable”. That was not the impression I had of him.

August Blanche was very critical of another contemporary writer, Carl Jonas Love Almqvist. Almqvist had written a novel, Det går an (It is Acceptable), a book that was ahead of its time as it highlighted the injustice to women regarding marriage, financial opportunities, and independence. The conclusion was that it should be acceptable for a man and a woman to live together without being married and for a woman to run her own business enterprise.

Shocking! At least that was the view of August Blanche who wrote a follow-up story based on Almquist’s book. Almqvist then retaliated by highlighting the fact that August Blanche’s parents were not married. Indeed, August Blance’s father was a famous pastor who had made his maid pregnant.

All this happened years before Lotten met August Blanche, but I assume Lotten had heard these stories as well. Maybe that is why she wanted to paint him in a positive light in her letter to Augusta. And very likely, Lotten might have sided with August Blanche as Almqvist’s views were very controversial.

I don’t know if Lotten met Blanche and Julin again. And I don’t know exactly which aunts she was describing. Most likely, it was her father’s sisters, Anna Carolina Örbom, born Westman (1801-1865) and Emelie Aurora Westman (1812-1863). 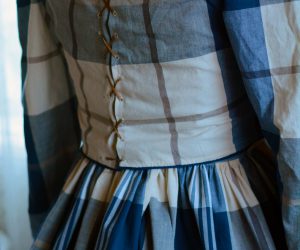 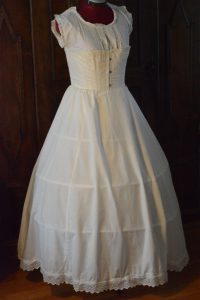 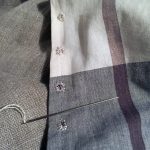 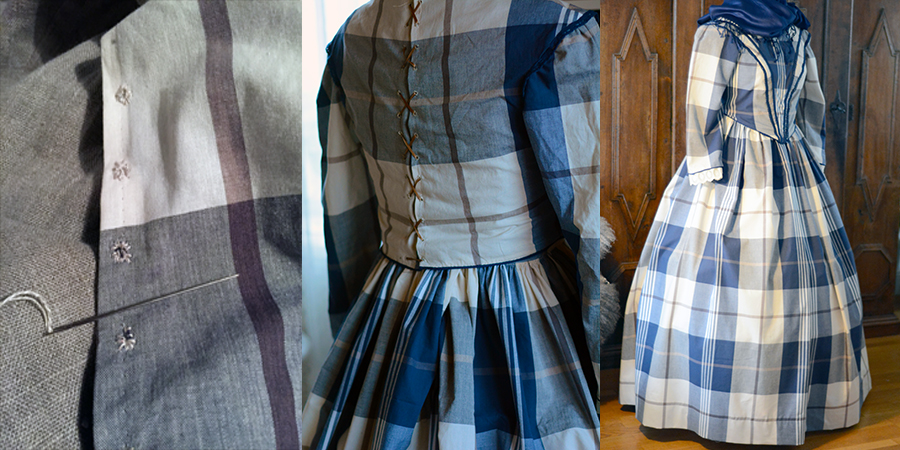