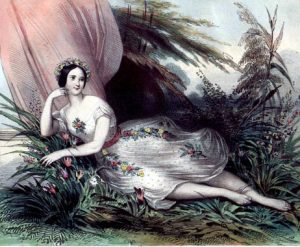 In July of 1847, Augusta and her mother visited the opera in Berlin.

After we had left Kroll’s garden, we went to the Opera where we saw the best arranged ballet I have ever seen, and where we had the opportunity to admire Madame Taglioni’s enchanting pas.

So what ballet did they see, and who was Madame Taglioni? After a lot of googling, I still can’t find what performance they saw.

But Madame Taglioni was a super star.

Marie Taglioni was Swedish, born in Stockholm in 1804. Her father was a famous dancer and choreographer, and he was also her teacher. Marie and her father left Sweden for Vienna in 1818 and she had her first performance in 1822.

In the early 1800s, ballerinas started to dance on their toes. Marie Taglioni was the first ballerina to dance a full-length ballet en pointe. However, at this time, there were no pointe shoes. There are anecdotes about Marie darning the front of her ballet slippers so that they would provide more support.

Her most famous role was in La Sylphide in 1832. She was soon as famous as her Swedish contemporary singer, Jenny Lind. Colored prints and etchings of her in various roles were in high demand. 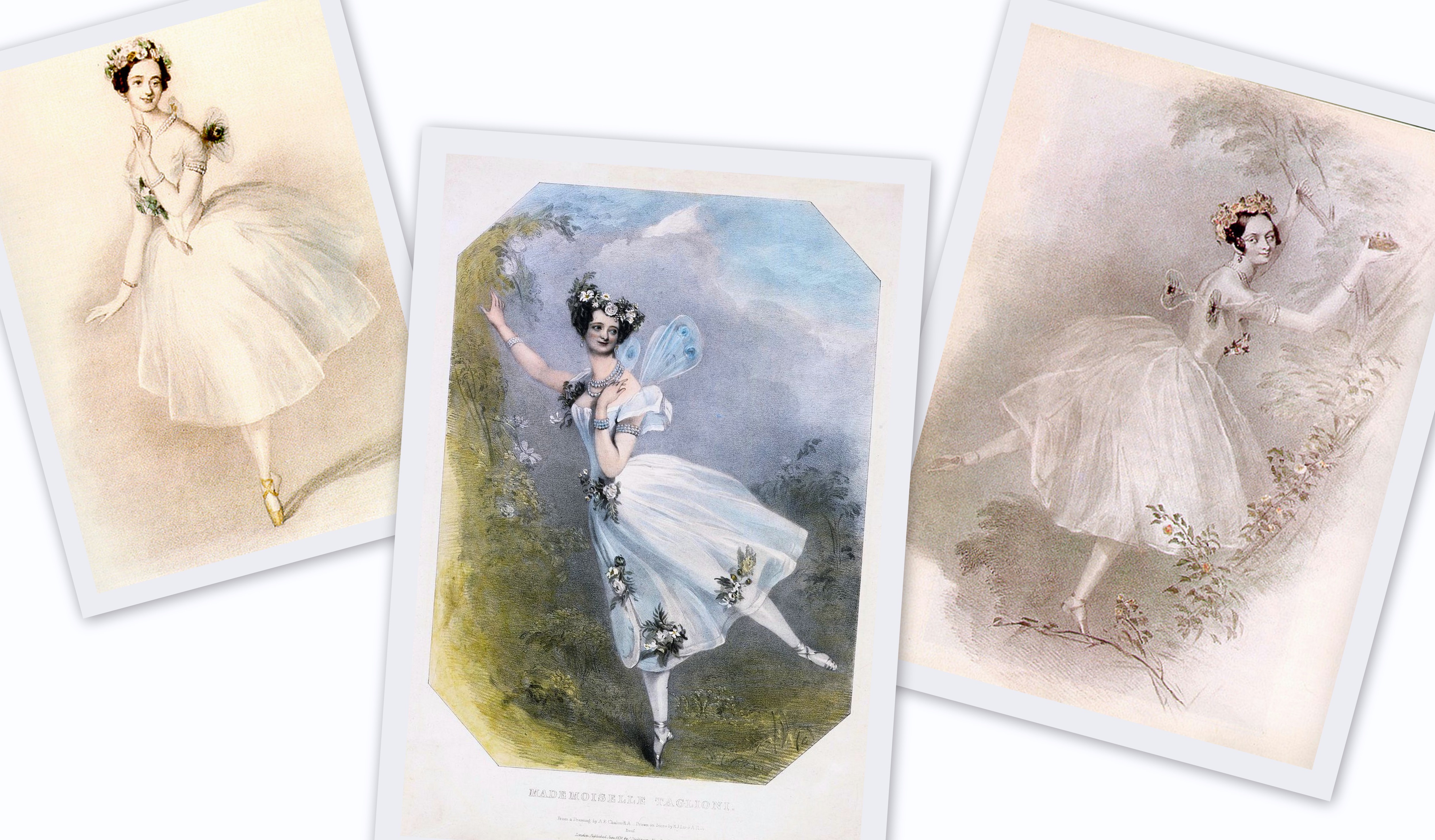 How exciting it must have been for Augusta to see Marie Taglioni at the Royal Opera in Berlin in 1847. Marie Taglioni was at the top of career – she retired later that year.

Read more about Marie Taglioni’s life and about the history of Romantic Ballet at the blogs and links below. It’s a window to the past:

Since Saturday evening I am here in Stockholm, our Swedish Paris, the dance-hungry’s Eldorado. Our journey here was miserable; unfavorable road conditions for the sleigh and grey, chilly weather. We ate bad food and slept miserably in cold, unpleasant lodgings, chatted with drunk coachmen, drank mulled wine, and finally arrived frozen and exhausted to our nice and beautiful Stockholm where we took in at Hotel Norrköping on Stora Nygatan. The day after our arrival, we waded through deep dirt to get to our friends on Kungsholmen where we became heartily received, had a pleasant evening, and dreamed us back to winter evenings at Krusenhof.

Tante and Nanna have a small, sunny, and agreeable dwelling in the midst of a garden that extends right down to the lakeshore. In the summer, this little place might be a real paradise with flowers and light, fresh air and the view of Lake Mälaren’s blue surface, lush islands, and beaches to soothe the eyes, and glorious views of Riddarholmen and Södermalm and all the steamers that from different directions are rushing to their common goal at Riddarholmen’s quay.

Monday morning I went to visit Ribbingens and Bohemans. They were overly astonished to see me so unexpectedly in the capital city, and in the evening we saw the great opera, ”A Tale of the Queen of Navarre.” There I met Count Figge Schwerin who escorted me home and was quite himself, much disposed to let his lady alone carry on the conversation and himself look like he was sleepwalking.

Mother and I were visiting Ribbingens today where, marvelously, Baron Fredrik happened to keep company and was as decent and agreeable as he can be when he wants to. We departed early, for I had a premonition that Lieutenant Wahlfelt could get the idea to transport his insipid personality to Clara {where Ribbingens lived}, which definitely would not have been pleasant.

We have left Lejdenfrost in the care of Wallenberg and we now traverse to the island of the poppy-crowned god.

The family that Augusta visited at Kungsholmen was the family Hjort. The family had been Augusta’s closest neighbor and the children her best friends throughout childhood. In 1850, the family sold their estate, Krusenhof, and moved to Kungsholmen in Stockholm. The family members were Major Georg Leonard Hjort and his wife, Fredrika Elisabet Älf (referred to as Tante), and their children Aurora, Johanna (Nanna), Axel, and Erik.

Count Figge Schwerin is likely Fredrik Bogislaus (Fritz) von Schwerin who was born in Norrköping in 1825 (close in age to Augusta and from the same town). He was a captain in the army. Later in life, he became a banker, married, and had 2 daughters.

The family Ribbing and Boheman were good friends of the family.

Lejdenfrost was Augusta’s brother-in-law and benefactor.

The island of the poppy-crowned god is a poetic term for sleep – may be alluding to the effect of opium. 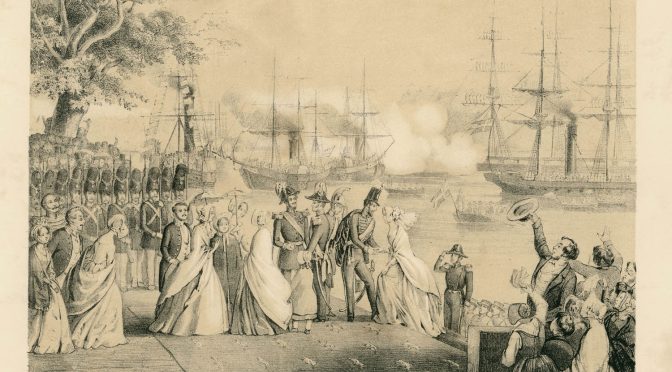