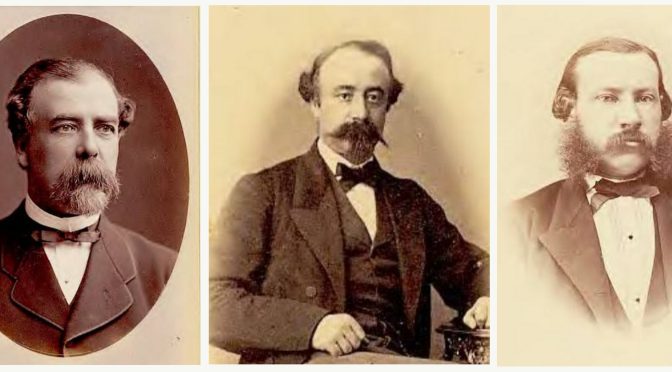 I thought about asking for the beautiful Rehbinder, but something, I don’t know what, stopped me. In the meantime, he is constantly before my eyes whether I am awake or asleep. What then does it really mean that, after three weeks, I still cannot erase the persistent memory of him?

Should I, who is so wise, so cold, so impregnable, possibly have fallen in love? Oh, no, no! I am not capable of having these true and real feelings; my inner self is too poorly equipped.

And have I not previously experienced the same thing as I now feel? A reminiscent feeling of love that I could not, even if I wanted to, hold on to for more than a few seconds. Thus, I am not in love and cannot be but I assume that I am very interested in Baron Rehbinder as I am still preoccupied with him.

But what is it then about him that occupies my thoughts?

Do I know if he possesses any qualities that deserve to be appreciated; have I heard anything good about what he has done in life; do I know his character; do I know if he deserves my esteem???

No, I know nothing about any of this and what so intrigues me must be his beautiful eyes, his beautiful mustaches, and his beautiful figure. Surely, I must deride and even despise myself a bit for only paying attention to his physiognomy without even thinking about his character, and the truth – that for three weeks I have been in love with a couple of beautiful mustaches – should really be quite disconcerting!

Who was the extremely beautiful Baron Rehbinder?

Augusta wrote this in her diary after she had met Baron Rehbinder at her close friend and relative, Hanna Schubert’s wedding to Count Erik Sparre af Rossvik. The baron was one of the best men at the wedding which took place at Fullerstad mansion, close to Söderköping.

So who was Baron Rehbinder, who Augusta though was extremely beautiful? She even wrote that he was “more than permissibly” beautiful. After searching for age-appropriate barons within the Rehbinder family, I narrowed it down to 3 candidates.

To Tell the Truth

As I couldn’t find any more clues to point to the exact Extremely Beautiful Baron Rehbinder, I thought I would just ask for help here. I have a line-up of the 3 contestants for the real Baron who, by the way, all have impressive mustaches which must have been the fashion of the time. Who do you think it is?

Who do you think has the best mustaches? The most beautiful eyes?