A year ago, Kerstin and I had just built our website and made a project plan for Augusta’s Journey. We had no idea what a cool year we were going to have!

We started by independently doing research and making 1850s outfits. In March we made short trips to visit Augusta’s surroundings and long overdue trips to visit relatives. With summer dresses and bonnets finished, we embarked on our first leg of Augusta’s Journey: a 4-day cruise on Göta Canal.

It was the most memorable journey!

New friends and followers invited us to other events like the Great Crinoline Day in Linköping and a book release party in Stockholm. But as we were planning our German trip in October, we couldn’t just use our summer dresses. We needed to start making wool dresses and silk ball gowns. And we needed to figure out how we were going to travel around in Germany. That took the best part of August and September.

In October, we finally took off for Germany – to follow Augusta’s travels with her diary as a guide book. And that was amazing! To go to the same museums, cathedrals, and national parks and discover what she described in 1847. During this trip we made so many new friends, some of which are include in our Happy New Year card.

Once home again, and with the days getting shorter, we decided to visit other outdoor museums and parks that Augusta wrote about. We spent a memorable evening at Torekällberget in Södertälje, with a single kerosene lamp lighting the room. At Skansen’s Christmas Market, we learned about the Christmas food that was served in the 1800s.

And at our walk around Djurgården, a large park in Stockholm where Augusta also strolled with friends, we ran into Maj Wechselmann, a Swedish film maker who wondered if there were more people like us – that is, others who make their own historical clothes. She is filming a documentary in Augusta’s home town of Norrköping on New Year’s Eve and needed extras with outfits suitable for New Year’s Eve, 1899. Augusta’s daughter Gerda would have been 45 years old at that time, and our outfits for 1850 would be all wrong. So Kerstin jumped on the opportunity to make new outfits for herself and her husband Leif. Tonight, they and some of our Facebook friends will celebrate the New Year in a film production. A fitting finale of Augusta’s Journey 2017.

What are our plans for 2018? Both of us are starting to write about our journey. We hope to publish one book each. And while working on that, we will continue blogging about our discoveries and posting pictures 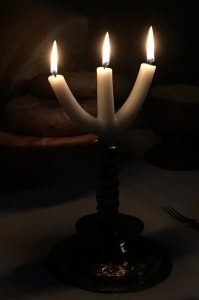 Thank you for following our journey.

We wish you all a Happy New Year! 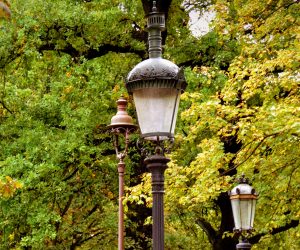 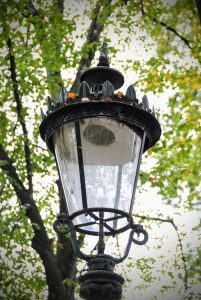 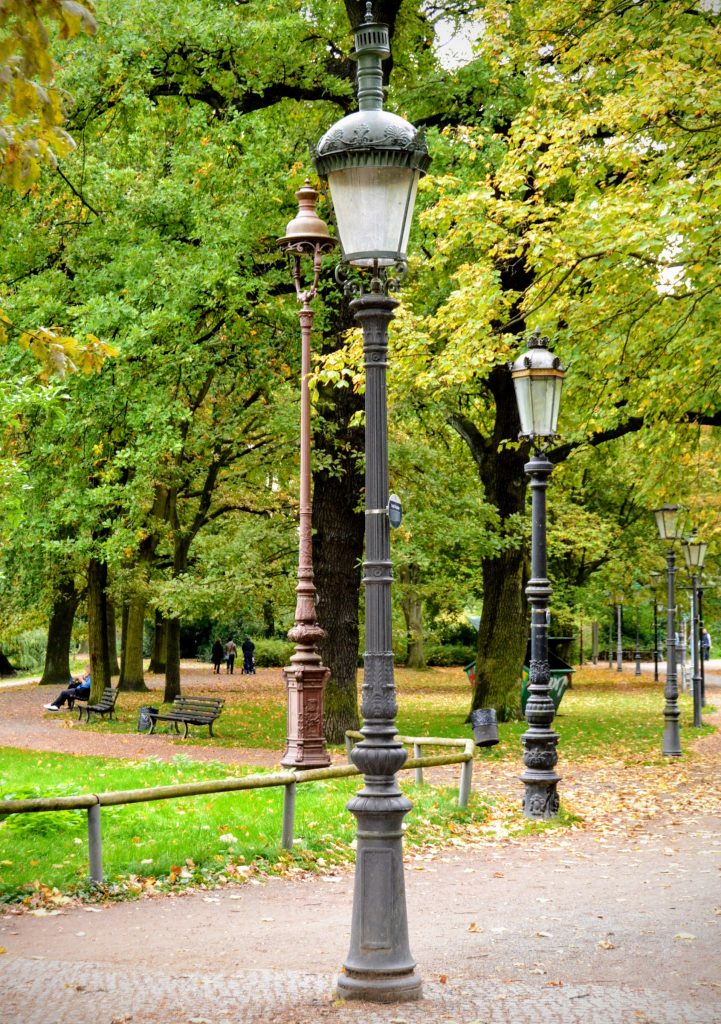 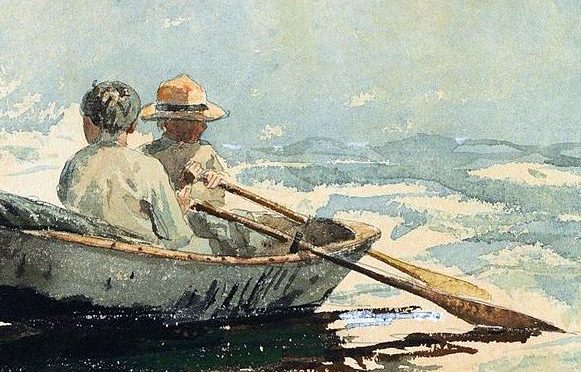 “Rowed over to Loddby and Augusta came back with me to Krusenhof. In the evening, Tante and August came over.” 31 May, 1848

Erik Hjort was 16 years old when he wrote those lines in his diary. Augusta lived at Loddby and Erik and his siblings, Aurore, Nanna, and Axel lived across a small bay at Krusenhof. 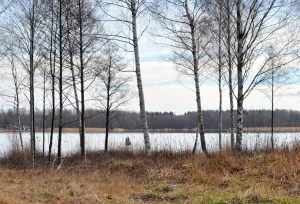 I can see Erik and Augusta in the rowboat in the middle of the bay. Erik is by the oars; Augusta is sitting on the stern thwart. The day is calm and you can hear their voices and laughter even though they are still far away. What did they talk about?

Erik’s diaries give glimpses of the daily life at Krusenhof – going to town (Norrköping), to church (Kvillinge Parish), out riding, rowing, walking, driving the carriage, and visiting friends.

Would he and Augusta have written diary entries on the same days and mentioned each other?

Two weeks ago I got copies of 7 pages from his diaries during 1848-1849. Unfortunately, Augusta summarized 1848 in one sentence:

“I spent the winter and summer of 1848 at home in deepest solitude, sometimes interrupted by a visit from and to Krusenhof.”

In January 1849, Augusta went to Stockholm with her relative, Hanna Schubert, and didn’t return until July. They spent the whole winter and spring enjoying the social life in Stockholm – summarized in just one short paragraph. I am sure she wrote lots of letters to friends instead. The rest of the year also just got a short paragraph – she was mostly living at Loddby, with the exception of a few weeks visiting the Schubert family at Fullerstad and a few days visiting Hjorts at Krusenhof.

But what did Erik write? He visited Augusta almost every other day, and Augusta also visited Krusenhof and spent a lot of time with Erik’s older sister Nanna. In the diary, he sometimes uses nicknames for Augusta: Gufsa and Guss.  Here is a sample of his writings from July 1848:

7th.  Gufsa came over with Nanna.  In the evening, we went to a wedding in Björnwiken and I accompanied Augusta home to Loddby and then got home at 2 in the morning.

11th.  Dressed in Nanna’s clothes, rode to Loddby where Augusta was home alone until the evening when the others came home.

27th.  In the morning, was in town for an errand. In the afternoon, with Nanna to Loddby for Guss’ birthday.

Now, did any other of their friends or family members write diaries as well? And if so, how would one find them?