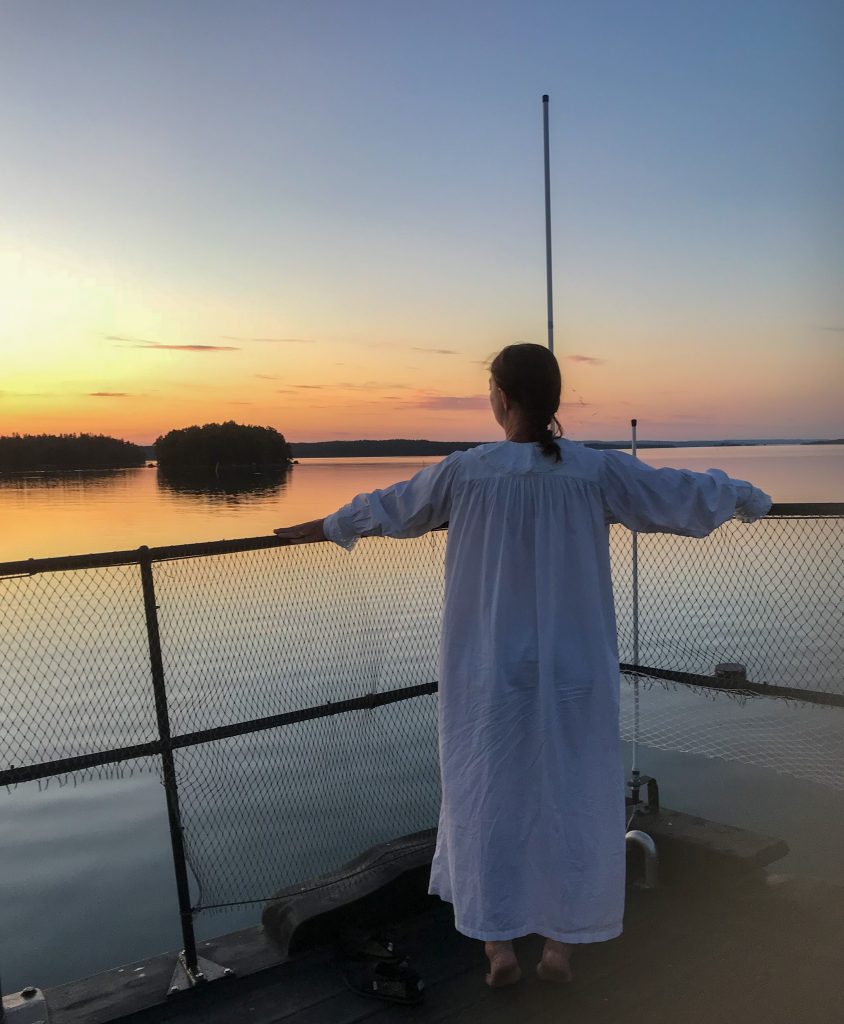 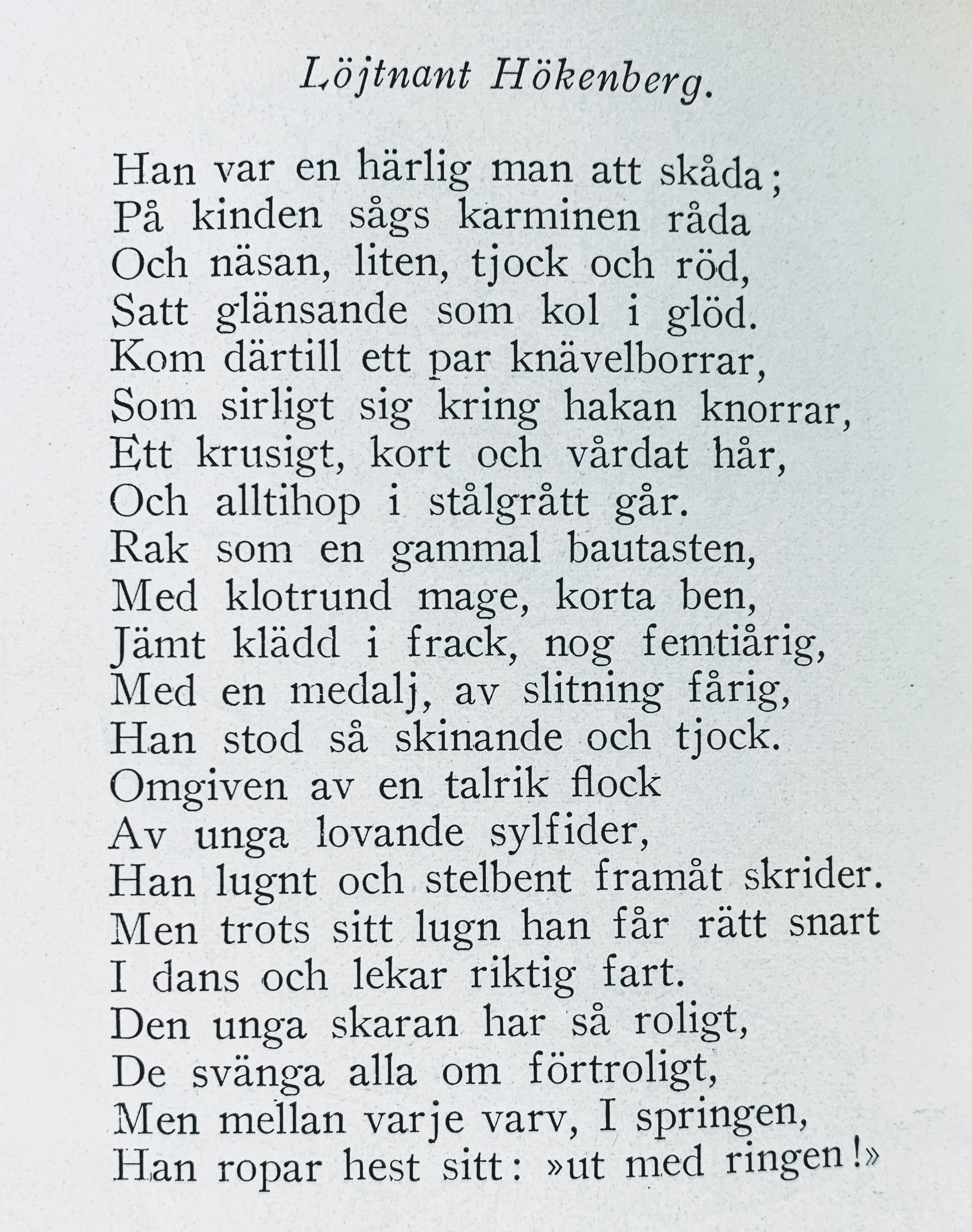 When Sofi was confirmed in St Jacob’s Church in May of 1844, she had experienced more tragedies than any of her friends in the confirmation class. As she sat in the church with the other girls, she must have been thinking of her father. When Sofi was little, he had been the pastor in this church. She missed him, and her mother, and her sister, and her grandparents. They had all died within a few years. All she had left was her brother and a few cousins.

Anna Sofia Elisabeth Carlstrand was born in St. Jakob’s parish on November 15, 1827. Her mother, Sofia Wilhelmina Söderlund, had only been 18 years old when she gave birth to Sofi. Her father, Pastor Erik Carlstrand, was 34 and the pastor in St. Jacob’s church – a very prestigious position. Soon Sofi would get some younger siblings: Julia Mathilda Carolina in 1829 and Erik Johan in 1831.

But like so many other young women, Sofi’s mother suffered from tuberculosis and in 1832, at the age of 22, she died, leaving behind the three young children. Sofi was 5 years old. The same year, her maternal grandparents also died.

Two years later, in 1834, a cholera epidemic occurred in Stockholm. Sofi’s family was not spared. Her then 5-year-old sister succumbed to the disease. Was that the reason that Sofi’s father decided to leave Stockholm with his two surviving children the following year? Or did he want to move closer to his hometown of Karlstad? Regardless of the reason, Sofi’s father accepted the position of pastor in the small parish of Brunskog, a rural community nestled in the deep forests of Värmland. In May of 1835, the small family and their housekeeper, Johanna Schaumkel, moved to Brunskog.

Living in the parsonage in Brunskog was quite different from their apartment right across from St. Jacob’s church in Stockholm. The parsonage was spacious and the views of the forests and the mountain ridge across the large lake provided both solace and inspiration. For 8-year-old Sofi and her 4-year-old brother Johan, there was so much more space for play and discoveries.

Tragically, Sofi’s father died 3 years later, in 1838. He was only 44 years old. Sofi and her brother were now orphans. Who would take care of them?

I spend several evenings trying to find the traces of Sofi. I find that Johanna, the housekeeper, moved to Stockholm in 1839 and became the housekeeper to Sofi’s mother’s, half-brother’s widow. And there is a note in Brunskog parish’s household examination records that Sofi also moved to Stockholm in 1839. But as she was a child and an orphan, her moves between parishes were not recorded. I was hoping that she had also moved in with her mother’s relatives, but she hadn’t. Maybe she was put in a boarding school for girls – she was 12 years old and probably in need of some formal education. The only thing we know is that in 1844, she was confirmed in St. Jacob’s Church in Stockholm. Likewise, there is no trace of Sofi’s brother until he is an adult living in Stockholm.

The next footprint she leaves in the digitized records is her wedding to Pehr Victor Herrman Osbeck on January 17, 1852. Herrman Osbeck was the grandson of Pehr Osbeck, a Swedish botanist and explorer. Herrman’s father, Carl Gustaf Osbeck, was a medical doctor in Stockholm. And Herrman was also the brother of Frans Theodor Osbeck, who married “our” Augusta’s cousin’s daughter, Albertine Schubert.

Herrman had the title of Possessionate: someone who owned a larger country estate, or a property in a major city, or an ironworks. I haven’t found what he owned. To get a picture of Herrman’s and Sofi’s life, I turn to the digitized newspapers. I start with the obituaries and since they don’t mention any children, they either did not have any or, if they did, they did not survive.

Herrman and Sofi lived in Maria Magdadela parish in the south of Stockholm. Herrman was an entrepreneur and someone who was “with the times”. The first mention of him in the papers is with regards to the new invention, the telegraph. Herrman was part of the management team that led the installation and laying of the telegraph cables to Uppsala in 1854. After that, his title changes to Commissioner. He is now a real estate agent, advertising real estate such as a pharmacy being for sale, including all its commodities.

The Commision Office at the Railroad Station

And then he has a bright idea. Or was it Sofi’s? Did they work together?

It is 1860, and the railroad is coming to Stockholm. Herrman puts an ad in the paper:

Commission-Office at the Train Station in Stockholm
When the railroad is completed, the undersigned will receive and send all kinds of goods arriving from or being sent to the countryside. The fee will be paid at a fixed rate. Storage and transportation will be available. Gentlemen who wish to take advantage of this to send goods are asked to contact the undersigned.

On December 1, 1860, the railroad between Stockholm and Södertälje opens to traffic. The station in Stockholm is not where the central station is today. In 1860, it was in the south of Stockholm, close to where Herrman and Sofi lived.

And Herrman is in business! He even advertises that he takes care of receiving, selling, purchasing, and shipping any kind of product. And as people in the countryside realize that there is a reliable agent in Stockholm, they provide goods for him to sell. He advertises draft horses, birchwood, oatmeal, and … fresh milk every evening!

It makes me think of COOP, the small convenience store located in Stockholm’s Central Station today. A place for busy commuters to get a few groceries before getting on the subway or commuter train. Times have really changed but, on the other hand, there is still demand for oatmeal and fresh milk!

Business is booming for Herrman and Sofi. Why not expand the services offered?

And then in 1866, there is an Industry Exposition in Stockholm. Herrman gets the contract to receive and take care of all goods for the exhibition that arrives by train. And he advertises his multitude of services to the exhibitors.

So far, Herrman had focused on shipping and receiving goods. But what about the passengers who arrived in Stockholm by train? What services did they need? They needed the same services as today – transportation from the train stations to their final destination and someone to help with their luggage. The difference was that luggage was bulkier and heavier than today and might have to be delivered to your destination.

Luggage would be taken care of by porters, but it was total chaos outside the train station with porters accosting the travelers. And the travelers had no way of knowing who they could trust or what constituted a reasonable fee for transporting their luggage. Herrman proposed to the railroad authorities that he could provide porter service (Swedish: Stadsbud). The porters would be wearing a recognizable uniform and the fees would be posted. They agreed and in 1868, he started his “Railyard Service” (Swedish: Bangårdsservis). 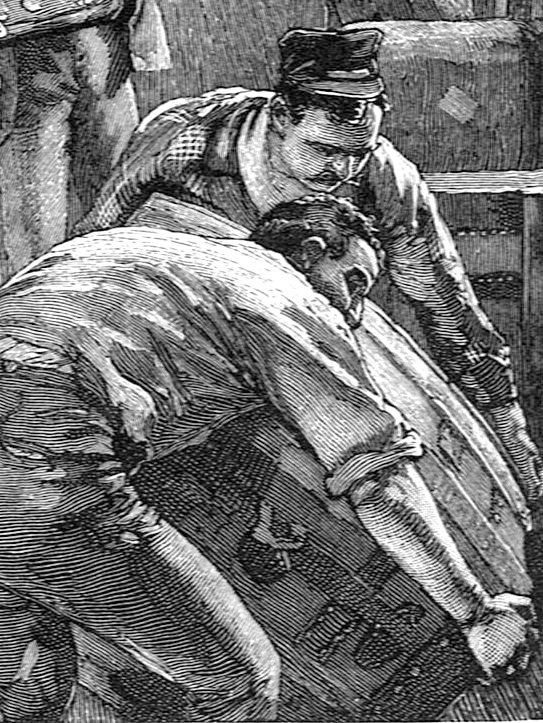 The Railyard Service was so successful that in 1869, he realized that travelers arriving by steamboat faced the same problem and that he could provide his services to those as well. He called it “Steamboat Service” (Swedish: Ångbåtsservis).

In 1899, she was quoted in the newspaper about her views on changing the fee structure and hourly salaries for the porters. She did support an increase in hourly salaries.

What an interesting life she had.